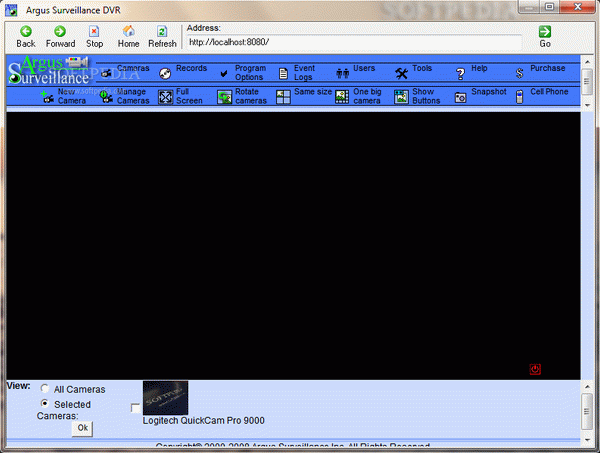 Argus Surveillance DVR has web interface with the same look and functionality on the local and remote computers. Users have full control of the program through network that surveillance computer can be operated with no monitor, keyboard, and mouse connected.

Program's modular structure significantly increases reliability because all modules act as independent applications. If one module fails, other modules continue running. For example if the "capture" module freezes, "watchdog" restarts it immediately that viewers don't notice anything because they are watching video using a "playback" module.

Playing back recorded video is pretty simple and performs on the surveillance computer as well as on remote computer through Web interface.