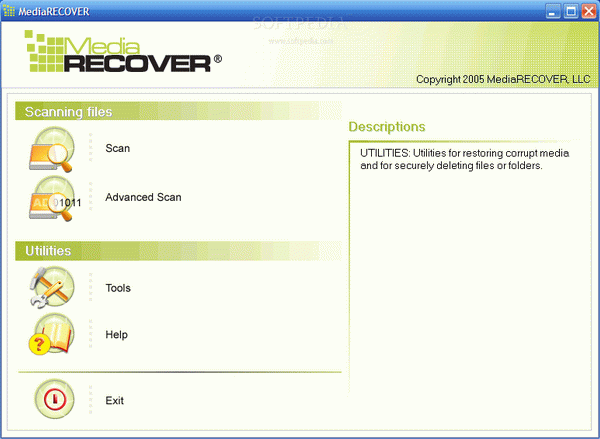 If images are accidentally deleted or formatted in a camera or on a computer MediaRECOVER™ can retrieve the lost data, even if the media has become corrupted.

MediaRECOVER™ does not write to the media, but stores the recovered files in a user defined location. The software works with any and all media that appear as a drive letter and all card readers.

MediaRECOVER™ helps you repair files that are unusable due to the following:

- Accidental deletion or format in the camera/computer

- Corruption due to turning the camera off during a write process

- Formatting and using between different cameras/computers

- Other events that could cause damage to data

The Features of the Software are:

￭ Card reader, media to save recovered files to.