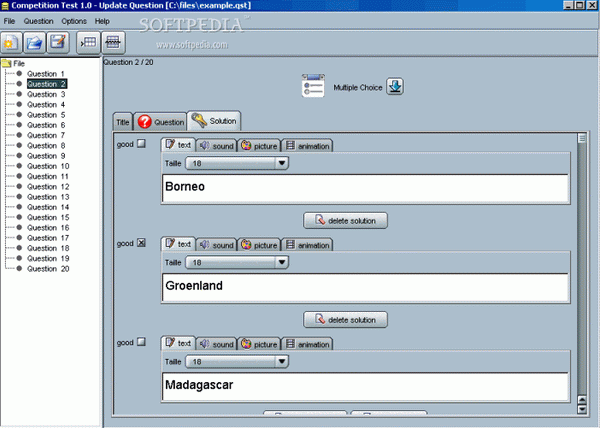 Competition Test adds a bit of spice to those boring computer questionnaires! Indeed, this tool enables several network users to confront each other on the same questionnaire.

The aim is to finish as quickly as possible. During the game, each player knows his position thanks to a console updated in real time.

Competition Test is delivered with a module for creating questionnaires.

Here are some key features of "Competition Test":

￭ Enables teachers, trainers, or anyone else, to create tests.

￭ The question files are saved in an XML format

￭ Enables several users to play on the same exercise

￭ Consultation of connected users during the test